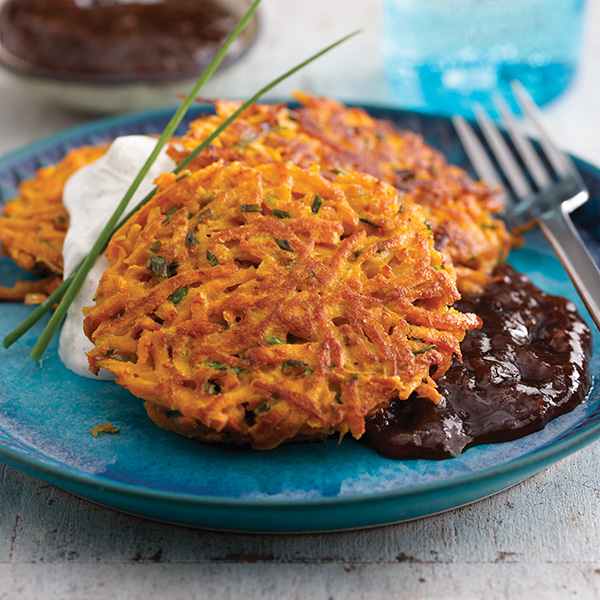 Bursting with flavor, texture, and color, these gluten-free pancakes (or latkes) are sure to please customers of all ages. They can be kept warm in a low oven or even reheated. Dried plums (a.k.a. prunes), simmered until soft, impart a deep fruity taste to this condiment.