A look at the events, issues, and innovations shaping specialty food, plus industry news, trends, and more.

Cheers to Sparkling Wine
First there was the spork. Now there’s the Cloupe. For decades the coupe and the flute were the preferred glasses for bubbly, but critics rejected each for either releasing the bubbles too soon or not offering enough nose room. G.H. Mumm, iconic Champagne maker since 1827, has launched the Cloupe, a hybrid between a stemless flute and a more open coupe, with etchings on the interior of the glass to increase the fizz and create more bloom than its predecessors. Made of tempered glass, the design also decreases heat transfer from hand to glass. 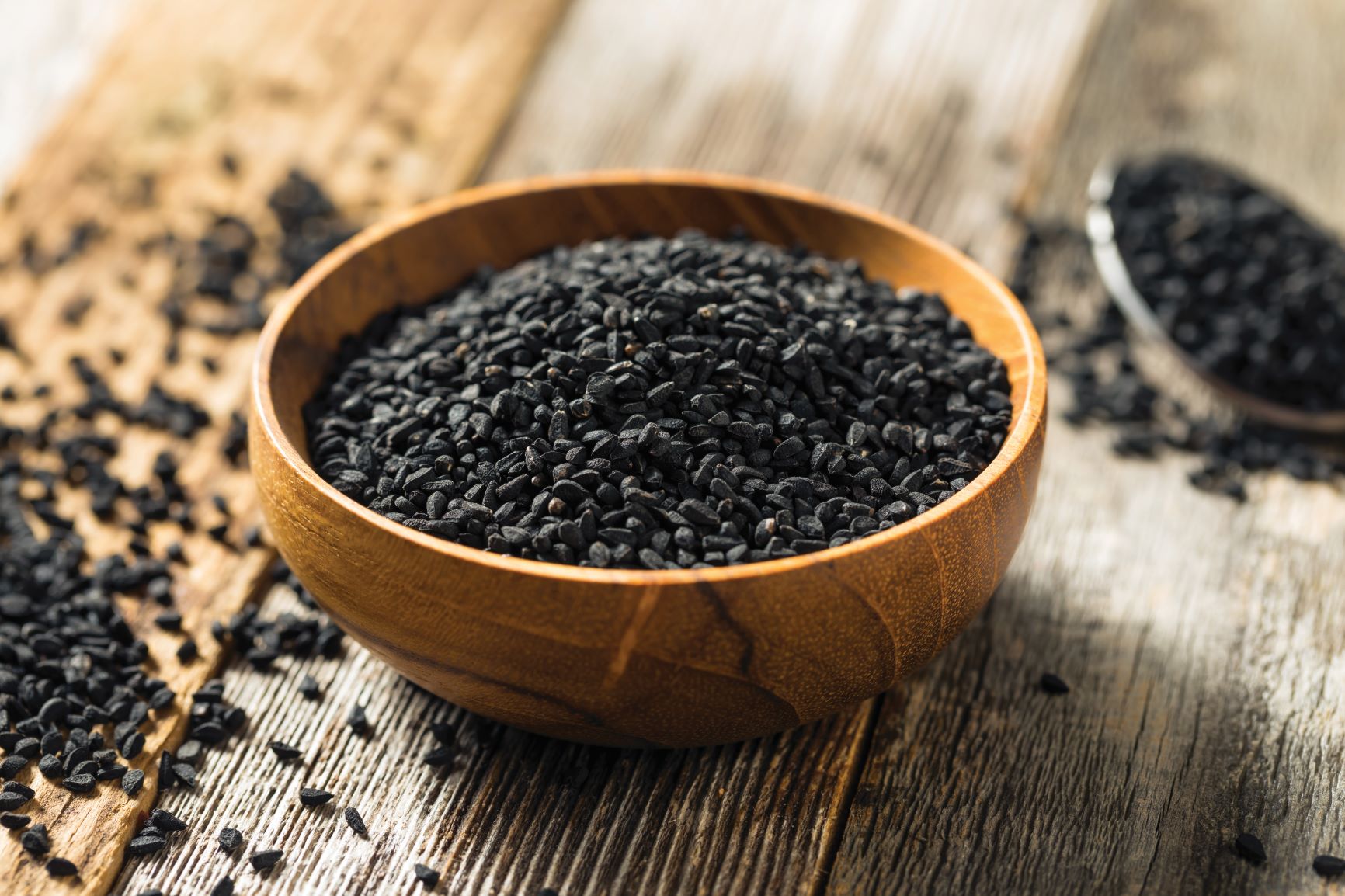 The Black Seed Is Back
Used for its therapeutic qualities for thousands of years, sales of black seed oil—also known as black cumin, kalonji, and black onion seed—increased more than 200 percent between 2016 and 2017, according to the American Botanical Council. Look for it in spice blends, curries, pickles, soups, salad dressings, and bread. 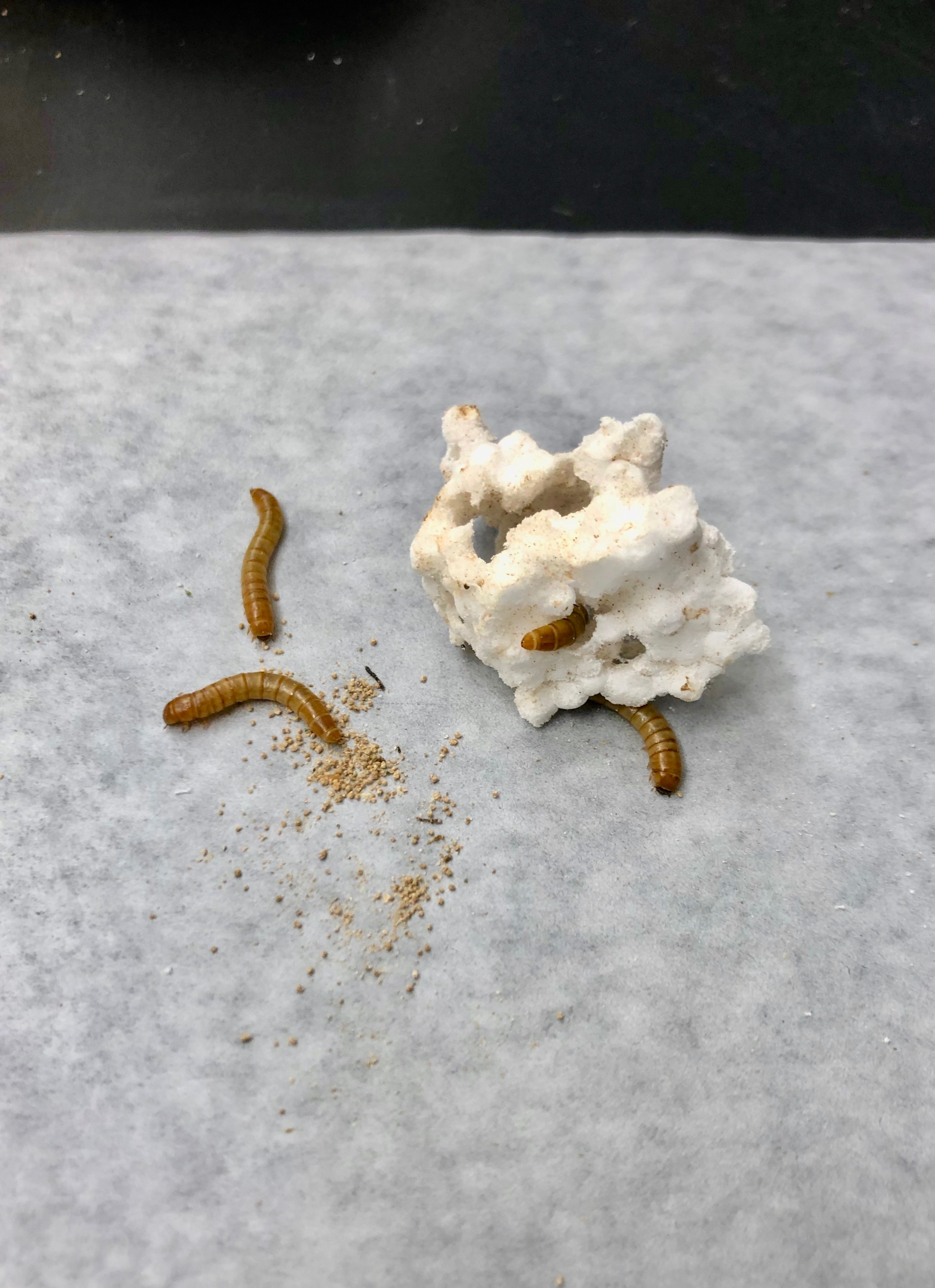 Eating Away at Styrofoam
Mealworms may make a dent in the excess toxic plastics poisoning the earth. Stanford University researchers have discovered that easy-to-cultivate mealworms can safely consume toxic additive-containing plastic, like styrofoam, and still be safely ingested as feedstock. The study showed that while the toxins land inside the mealworm’s gut, they don’t build up in its body.

Anja Malawi Brandon, PhD candidate in civil and environmental engineering at Stanford University says, “This research offers hope for the foodservice industry that a potential alternative to just landfilling is on the horizon. We’re continuing to work on how this solution could be best utilized both in a centralized treatment facility (like a recycling center) or distributed to wherever plastic waste is being generated.” But Brandon warns, “Decreasing our dependence on single-use plastics and replacing necessary plastic packing material with biodegradable plastic is the most important next step for sustainability.” Until then, mealworms could provide a much-needed solution. 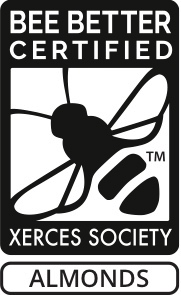 Bee-Friendly Ice Cream
As almond farming expands, so too does the negative impact on honeybees. That’s why Häagen-Dazs’ decision to be the first food company to use the Bee Better Seal is so important. The seal, which will appear on its Vanilla Swiss Almond, Honey Salted Caramel, and Rocky Road flavors, as well as its Vanilla Milk Chocolate Almond Bars, alerts consumers that the ingredients were grown and harvested in a bee-friendly manner.

“The essential needs of bees are in jeopardy due to habitat loss, pesticide use, and introduced diseases,” states Eric Mader of the nonprofit Xerces Society, which launched the seal in 2017 and is working to build sustainable landscapes that better protect the bees and other pollinators. Häagen-Dazs was committed to the health of the honeybees even before it began using the seal. The ice cream giant installed a 6.5-mile flowering permanent hedgerow at its almond supplier’s farm in 2016, creating a year-round habitat for pollinators and other types of wildlife. 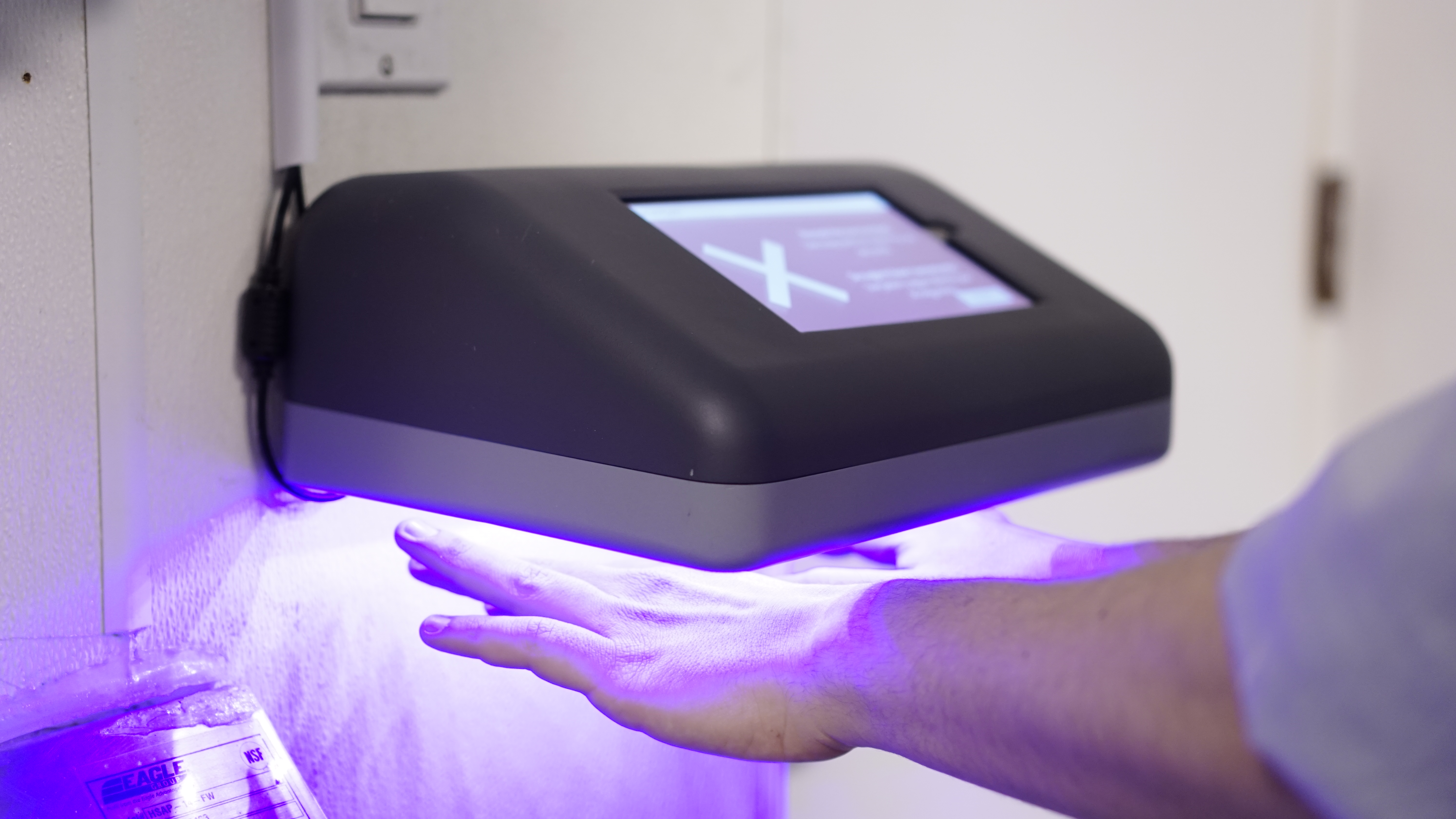 Give ’Em a Hand
A new hand scanning device uses light technology to screen for indicators of pathogens, like norovirus, E. coli, listeria, hepatitis A, and salmonella—potentially saving food establishments from exposure to food-borne illnesses. With barely 3 percent of Americans washing their hands properly, according to the CDC and FDA, the scanner is able to detect if hands are germ-free. After hand washing, employees wave their hands under PathSpot and in three seconds, the scanner detects if contaminants are present. It also provides data analytics like a record of every scan and whether incidents are linked to compliance or efficacy.

Also, Amazon recently filed a patent for technology that could identify shoppers by characteristics associated with the palms of their hands, like wrinkles and veins, eliminating the need to scan an app to get into its Amazon Go or Whole Foods stores.

Create-Use-Reuse-Sustain
Circular sustainability is the future of foodservice, according to Technomic’s 2020 foodservice trends report that highlights “distributing food leftovers” as the way forward. In the U.K., a voluntary program is making a dent. Since its launch last year, 156 food businesses, including large grocery retailers and foodservice businesses, have committed to the Food Waste Reduction Roadmap from the Waste and Resource Action Programme and IGD. The goal is to have all major food businesses involved in the program by the end of 2026. To address the specific challenges of the foodservice industry and tackle the more than $3 billion of food thrown away at hospitality and foodservice outlets, WRAP introduced the Guardians of the Grub campaign in 2019, which offers a variety of food prevention resources that can help any size business tackle food waste. 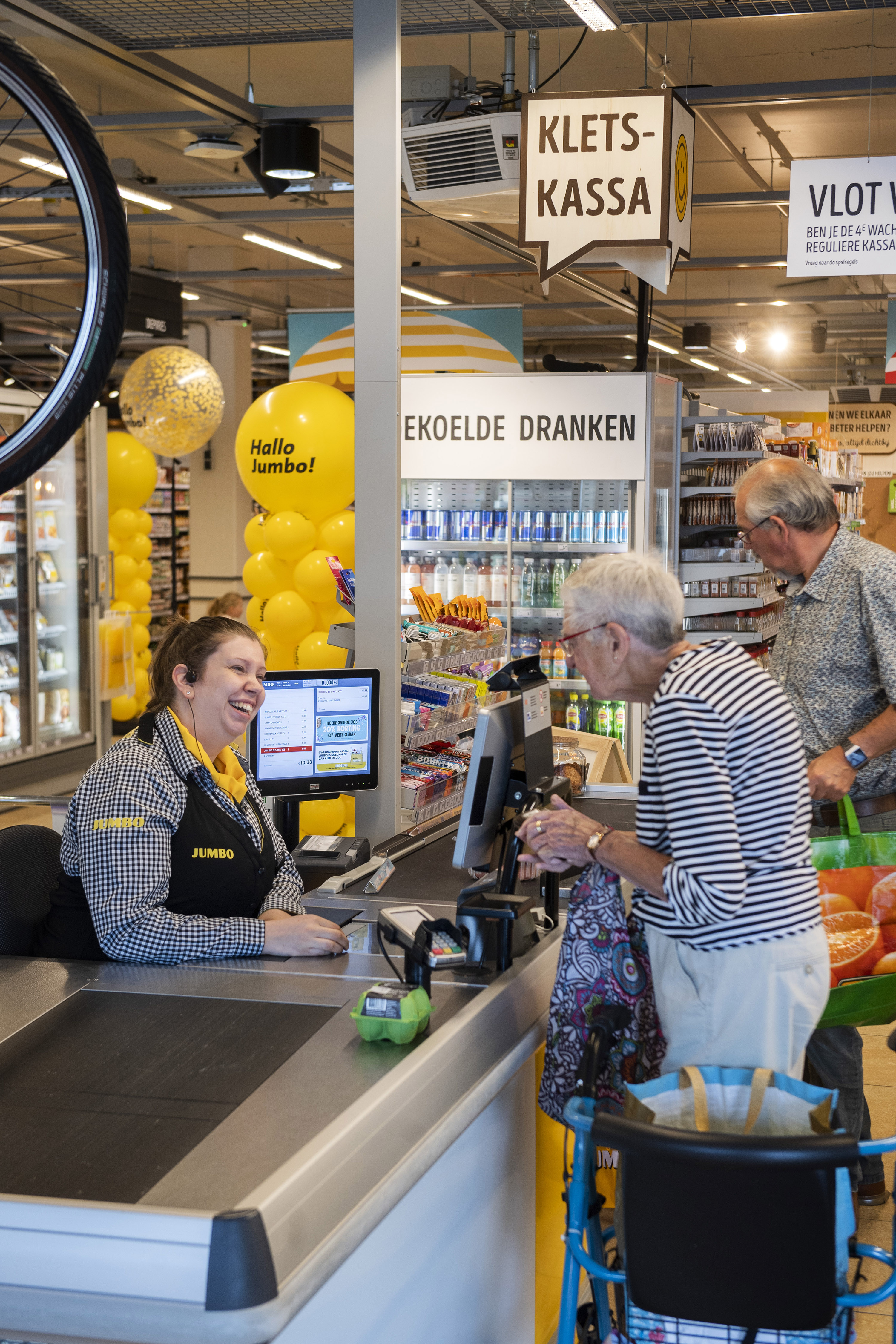 No Senior Left Behind
Despite the wave of cashier-less food establishments and markets, the Netherlands’ second largest supermarket chain sees purpose in keeping manned checkout lines intact. The Kletskassa or Chat Checkout, available at four locations of Dutch Jumbo Supermarkets, aims to reduce loneliness in the elderly. Inspired by research that showed that about 50 percent of people 55 years and older experience loneliness, the Chat Checkout invites people who would like to converse while checking out to queue up. Michiel de Ruijter of Jumbo Supermarkets says, “Our stores are more than just a place for shopping, but function as a meeting place for many people. We believe this is the place to tackle loneliness.” They also opened the All Together Coffee Corner, where seniors can connect with volunteers from a local foundation who are there to chat or to help with small chores. “As a family business and supermarket company, Jumbo is at the heart of the society,” notes de Ruijter. “We find it’s important to take good care of each other, for our employees, our customers, and our environment.”

Denise Shoukas is a contributing editor to Specialty Food.